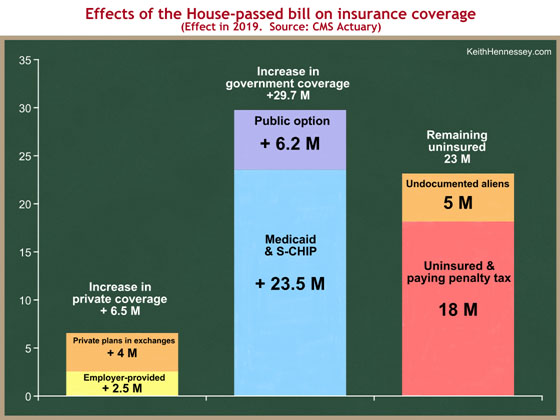 GWB advisor Keith Hennessey drills down into the report of the Chief Actuary of the federal Centers for Medicaid & Medicare Services (CMS) to describe the effects of the health care “reform” bill passed by the House.Â  In 2019:

Emphasis added.Â  Sounds like a pretty huge cost to pay while not achieving universal coverage.

Hat tip: Mankiw — yeah, like he needs traffic from me 🙂