Mark Steyn sums it up in The Corner, shortly before the measure passed:

Whatever is in the bill is an intermediate stage: As the graph posted earlier [reprinted here] shows, the governmentalization of health care will accelerate, private insurers will no longer be free to be “insurers” in any meaningful sense of that term (ie, evaluators of risk), and once that’s clear we’ll be on the fast track to Obama’s desired destination of single payer as a fait accomplis.

If Barack Obama does nothing else in his term in office, this will make him one of the most consequential presidents in history. It’s a huge transformative event in Americans’ view of themselves and of the role of government. You can say, oh, well, the polls show most people opposed to it, but, if that mattered, the Dems wouldn’t be doing what they’re doing. Their bet is that it can’t be undone, and that over time, as I’ve been saying for years now, governmentalized health care not only changes the relationship of the citizen to the state but the very character of the people. As I wrote in NR recently, there’s plenty of evidence to support that from Britain, Canada and elsewhere.

Read the whole thing, it’s only another couple of paragraphs.Â  K-Lo adds a postscript after the vote (reprinted here in full):

Congratulations, Democrats. Beginning now, you own the health-care system in America. Every hiccup. Every complaint. Every long line. All yours. 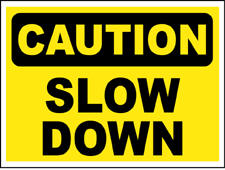 If Obamacare passes — and as the endgame plays out today, that feels like the way to bet — it will pass without a single Republican vote in either house of Congress.Â  Historic legislation indeed:

Regardless of the political fallout, historians say health-care reform will take its place in the same category as the enactment of Social Security in 1935 and Medicare in 1965…

But there is a major difference between this health-care battle and the debates that preceded passage of Social Security and Medicare. Although there was opposition to those measures — conservative opponents called Medicare socialized medicine — in the end they passed with overwhelming, bipartisan majorities.

Social Security passed the House in 1935 by 372 to 77. On that vote, 77 Republicans joined the majority and 18 Republicans opposed it. In the Senate, the vote was 77 to 6, with five of 19 Republicans in opposition.

In one important way, however, Obamacare will be like Medicare:Â  Financially unsustainable. Businessweek:

The Democratsâ€™ model of a successful government health-care program, Medicare, is going broke. Medicareâ€™s Hospital Insurance Trust Fund is already insolvent on a cash-flow basis and will be exhausted within the next eight years, according to the Social Security and Medicare Boards of Trusteesâ€™ 2009 Annual Report.

And thatâ€™s before the baby boomers start to retire.

If ObamaCare passes, the outlook isnâ€™t that much different. While the Senate bill has some good features, including the creation of health insurance exchanges where individuals and small businesses can buy coverage, it fails to tackle the basic problem: the lack of incentives. Consumers are divorced from the cost of care. Is there anything else we buy — from big-ticket items like cars and appliances to necessities like food and clothing to discretionary items like sports tickets and air fares — where we donâ€™t comparison price shop or weigh our infinite wants against our more limited resources?

With their fingers in their ears and their voices chorusing “la-la-la-la-la,” the Democrats are on the verge of passing a health care bill opposed by a majority of Americans.Â  They’ll pay for it in November, of course, but the damage will be done.Â  Republicans will bravely talk about repeal, but entitlement programs will end only when the government runs out of other people’s money.