At The Corner, within about 90 minutes of the announcement that Steve Jobs had died, Kevin D. Williamson posted a thoughtful celebration of the miraculous system of industry and commerce that both benefited from and made possible Jobs’s success.Â  An excerpt: 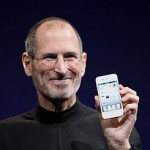 Jobs was sometimes criticized for not being a philanthropist along the lines of Bill Gates. … Mr. Jobsâ€™s contribution to the world is Apple and its products, along with Pixar and his other enterprises, his 338 patented inventions â€” his work â€” not some Steve Jobs Memorial Foundation for Giving Stuff to Poor People in Exotic Lands and Making Me Feel Good About Myself. Because he already did that: He gave them better computers, better telephones, better music players, etc. In a lot of cases, he gave them better jobs, too.

Did he do it because he was a nice guy, or because he was greedy, or because he was a maniacally single-minded competitor who got up every morning possessed by an unspeakable rage to strangle his rivals? The beauty of capitalism â€” the beauty of the iPhone world as opposed to the world of politics â€” is that that question does not matter one little bit. Whatever drove Jobs, it drove him to create superior products, better stuff at better prices. Profits are not deductions from the sum of the public good, but the real measure of the social value a firm creates.

Those who talk about the horror of putting profits over people make no sense at all. The phrase is without intellectual content. Perhaps you do not think that Apple, or Goldman Sachs, or a professional sports enterprise, or an internet pornographer actually creates much social value; but markets are very democratic â€” everybody gets to decide for himself what he values. That is not the final answer to every question, because economic answers can only satisfy economic questions. But the range of questions requiring economic answers is very broad.