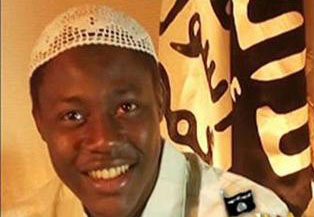 Abdulmutallab: The face of evil?

So the latest terrorist is being interrogated, but why should we believe anything he says?Â  His pants literally were on fire!

We can laugh because the terrorist botched the job, but it could have been very unfunny.Â  And while Iâ€™ve always been skeptical of the idea that intelligence agencies â€œshould have knownâ€ about 9/11 in advance, this time it does seem like some pretty obvious dots went unconnected.

CBS News has learned that as early as August of 2009 the Central Intelligence Agency was picking up information on a person of interest dubbed â€œThe Nigerian,â€ suspected of meeting with â€œterrorist elementsâ€ in Yemen.

Sources tell CBS News â€œThe Nigerianâ€ has now turned out to be Umar Farouk Abdulmutallab. But that connection was not made when Abudulmutallabâ€™s father went to the U.S. Embassy in Nigeria three months later, on November 19, 2009. It was then he expressed deep concerns to a CIA officer about his sonâ€™s ties to extremists in Yemen, a hotbed of al Qaeda activity.

Obama can’t blame the Bush Administration for this one.

After days of downplaying the incident, Obama today acknowledged that “A systemic failure has occurred, and I consider that totally unacceptable.”

“What already is apparent is that there was a mix of human and systemic failures that contributed to this potential catastrophic breach of security,” Obama said. “We need to learn from this episode and act quickly to fix the flaws in our system because our security is at stake and lives are at stake.”

Well, yes.Â  You might also want to rethink the idea of repatriating terrorists from Gitmo to Yemen and Saudi Arabia.Â  And hey, that even gives you an opportunity to blame Bush!