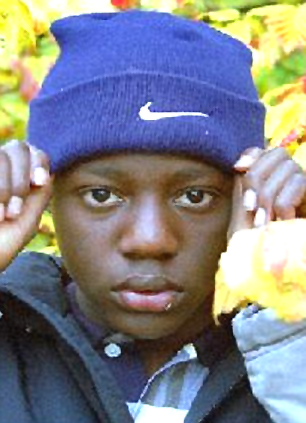 After allegedly telling investigators “there are more just like me who will strike soon,” Captain Underpants apparently has been allowed to lawyer up and stop talking. In the Wall Street Journal, former Justice Department official Victoria Toensing explains why this is madness:

Abdulmutallab is in effect in possession of a ticking bomb, but we cannot interrogate him. His right to remain silent, as required by the Miranda rule, thwarts Mr. Obama’s hollow attempt on Tuesday to “assure” us he is “doing everything in [his] power” to keep us safe. Questions need to be answered. Where was Abdulmutallab trained? Who trained him? Where is the training facility located? Where is the stash of PETN, the explosive used in the bomb? What are the techniques he was told to use for getting through airport security? Was there a well-dressed man who helped him board the plane without a passport as claimed by another passenger? And, most important, are future attacks planned?

Cliff May, head of the indispensable Foundation for Defense of Democracies, expands on the theme:

Terrorism is not a criminal justice matter; it is a weapon of asymmetric warfare. … We know there will be murders, robberies, rapes, and muggings; we understand that the FBI will never eliminate organized crime; we realize that some criminals will escape punishment because their guilt cannot be proven beyond a reasonable doubt.

Viewing terrorism through this same prism, however, means accepting that planes will be blown up and that other forms of mass-casualty violence â€” bioterrorism, Fort Hoodâ€“style massacres, dirty-bomb attacks â€” also will occur; that terrorists can never be aggressively interrogated even if hundreds of lives depend on the information they might reveal; and that some terrorists will be allowed to walk, to rejoin the jihad, to thumb their noses at the families of their victims; and that we will never even make a serious attempt to defeat those waging war against us.

May also points out that “real security means looking for terrorists — not for weapons”:

Finally, while most Muslims are not terrorists, most terrorists in recent years have been young, male Muslims who have embraced an extremist reading of Islam. To deny this is not just to indulge in self-delusion. It is to sacrifice innocent lives on the altar of political correctness. Apologists for extremism will complain. Moderate Muslims will direct their anger where it belongs: against those within their community who preach and practice mass murder â€” not those doing what they can to prevent the next slaughter.

One of those moderate Muslims, M. Zuhdi Jasser of the American Islamic Forum for Democracy, chimes in with an open letter to President Obama:

Our nation is clearly becoming more and more anxious and concerned over the rash of radicalized Muslims. Is it not time for you to acknowledge that terror is a simply a symptom of a more profound deeper underlying disease? That disease is political Islam.

Hopefully you will realize that we can only defeat an enemy we can name, describe, and understand. As Thomas Friedman and others have recently reminded us, the only answer to jihadists, Salafists, and Islamists is a narrative from within America, and most important from within Islam, that counters the global supremacism of political Islam. Until you say exactly that, we will continue to flail in this conflict.

I hope after Nidal Hasan, after the American jihadis in Pakistan, and now after the Christmas bomber radicalized in London, that you see our need for clear leadership against political Islam and its ubiquitous permeating militant manifestations. We need a leader who recognizes that this conflict is most significantly within Muslim communities as we Muslims struggle with the conflict between theocracy and democracy, sharia and liberty, Islamism and freedom, and salafism and modernity. The longer you squander your leadership and stay silent on this, the more vulnerable we will be.

Darth Cheney is back in the news, accusing the Obama administration of “trying to pretend we are not at war.”Â  Seems to me like he has a point.