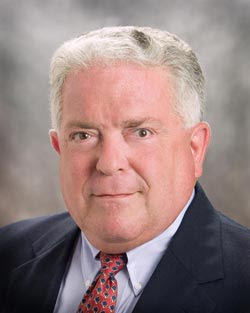 On page A8 of the New York edition, today’s New York Times finally publishes its very first article about Charles Freeman, after nearly two weeks of blogospheric controversy that was severe enough to scuttle the nomination, but not severe enough to attract the attention of the mainstream media. The Times reports:

WASHINGTON â€” Charles W. Freeman Jr., the Obama administrationâ€™s choice for a major intelligence post, withdrew his name on Tuesday and blamed pro-Israel lobbying groups, saying they had distorted his record and campaigned against him.

The Washington Post acquitted itself only slightly better, running its first story yesterday, before a Congressional hearing on intelligence matters, reporting that all seven Republican members of the Senate Intelligence Commitee opposed the nomination because they were “concerned about his views on Israel and his past relationships with Saudi and Chinese interests.” Today’s report of the withdrawal ran on Page A4.

Still no coverage whatsoever on CNN.com, and MSNBC.com relegates it to a brief item on its political blog. After Richardson, Gregg, Daschle, Killifer, as well as the grilling Geithner survived, wouldn’t you think that the forced withdrawal of yet another nominee for what the Times concedes is a “major” position would rate a bit more coverage? Maybe Obama’s honeymoon isn’t over yet.