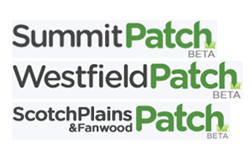 Chas Freeman — who would have been in charge of producing policy-neutral reports synthesizing the findings of America’s 16 intelligence agencies — described the opposition to his appointment thusly:

The tactics of the Israel Lobby plumb the depths of dishonor and indecency and include character assassination, selective misquotation, the willful distortion of the record, the fabrication of falsehoods, and an utter disregard for the truth. The aim of this Lobby is control of the policy process through the exercise of a veto over the appointment of people who dispute the wisdom of its views, the substitution of political correctness for analysis, and the exclusion of any and all options for decision by Americans and our government other than those that it favors.

Just the sort of dispassionate, nuanced assessment President Obama needs as he attempts to craft foreign policy in an uncertain world.

At least the firestorm finally made its way onto the front pages of the Times and the Post. Both papers accepted Freeman’s premise that the “Israel Lobby” had scuttled the nomination. Neither of them saw fit even to mention the opposition of House Speaker Nancy Pelosi, a member of the president’s party and second in line of succession to the presidency. According to Newsweek, in an article published way back on Tuesday, her concerns had nothing to do with Israel:

Pelosi’s objections reportedly focused on Freeman’s ties to China. A well-placed Democratic source said Pelosi, a strong supporter of the Chinese human-rights movement, was incensed about public remarks that Freeman once made that seemed to justify the violent 1989 Chinese government crackdown on democracy protesters at Tiananmen Square. The source, who asked not to be identified, said Pelosi thought Freeman’s views were “indefensible” and complained directly to President Obama about his selection.

Perhaps Freeman, who believes America’s relationship with Israel was behind the 9/11 attacks, thinks the Israel Lobby also instigated the Tiananmen protests.