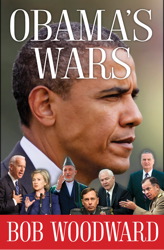 War is different from crime-fighting.Â  Prisoners of war logically should be treated differently from people accused of crimes.Â  No battlefield reading of Miranda rights while the gunfire continues.Â  No presumption of innocence, no standard of “guilty beyond a reasonable doubt.”

President Obama, to his credit, recognized this reality again yesterday in signing an executive order providing for the resumption of military tribunals and a system of indefinite detention for some of the prisoners housed at Guantanamo Bay in Cuba.

The executive order recognizes the reality that some Guantanamo Bay detainees will remain in U.S. custody for many years, if not for life. The new system allows them the prospect of successfully arguing in the future that they should be released because they do not pose a threat.

No mention in the order or in Obama’s statement about the ill-fated promise to close Gitmo within a year of becoming president.Â  I’m opposed to just about everything the Obama is doing domestically, but on national security matters, he tends to end up in the right place, despite some initial missteps.

I just finished reading Bob Woodward’s Obama’s Wars on my Kindle.Â  The downside of the Kindle is that I now do not have a hardbound copy of the book to display next to my copies of Woodward’s four books on the Bush administration.Â  But as with the Bush books, or three of them anyway, I came out of the book feeling better about the President than I did when I started reading.

I criticized the President for announcing a drawdown date at the same time he announced the much-needed escalation of the war in Afghanistan.Â  But the book makes it clear that although electoral politics certainly played a role, the primary purpose was to put pressure on the Karzai government to step up its efforts to take responsibility for the country’s security.Â  And the administration immediately began to make clear that July 2011 would be an inflection point, not a withdrawal date.

I’m opposed to pretty much everything Obama is doing domestically, but on national security issues he tends to eventually get it right, despite some initial missteps.

(Note: I’ve added Obama’s Wars to my Amazon widget in the right-hand column. If you order that or any book after clicking into Amazon through my widget, I supposedly get a tiny cut of the action.Â  I’m just sayin’.)